Just to let you know that the team have been safely dropped at Kilimanjaro Airport after a fantastic safari this morning to Lake Manyara.

It has been a pleasure as always for Inspire to work with the Karimu Foundation.

We are all so incredibly impressed by all their achievements and are sure you will love hearing about the stories and seeing the photos first-hand.

Many thanks for your interest and reading the blogs.We look forward to doing it all over again next year!

"Today the team spent their penultimate day in Tanzania on safari. Today's destination was the Ngorongoro Crater; a huge crater, known as the eighth wonder of the world. It measures 280km in circumference and houses an abundance of wildlife.

We departed our lodge early at 6.00 am so that we would have as much time as possible game driving through the crater. Our first wildlife spot was a troupe of baboons which patrolled the National Park car park, luckily we escaped with our lunch boxes intact!

It took an hour to ascend to the rim of the crater and then traverse down in to it. Upon arriving at the bottom we saw scores of wildebeest and zebra - probably thousands.  Amongst other animals spotted were plenty of elephants; a pair of hippos which were out of water and very close to the car; a pride of lions feasting on a buffalo carcass; and a pack of hyenas.

On our way out of the crater we were lucky enough to spy not one, but six black rhino in the distance. Although they were only visible through binoculars, to see six of the handful that live in the crater made for a special moment for the group.

We spent the evening relaxing with a cool drink at Serena Lodge, admired the view and did an awards ceremony. The perfect way to end our trip.

So far we have seen elephant, rhino, lion, and buffalo - four of the big five. Let's see if Lake Manyara can deliver us the leopard tomorrow morning! 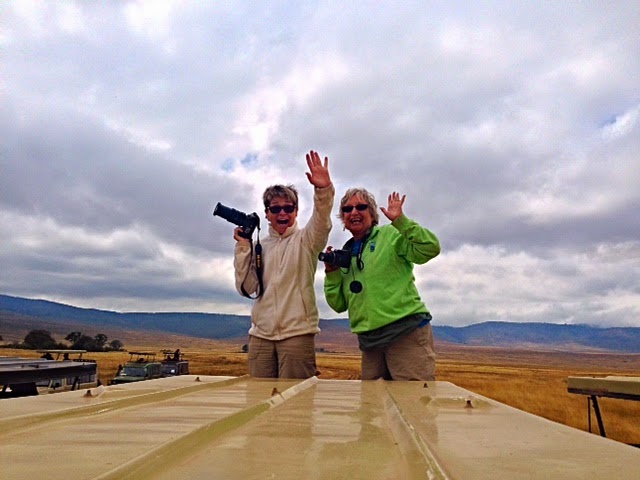 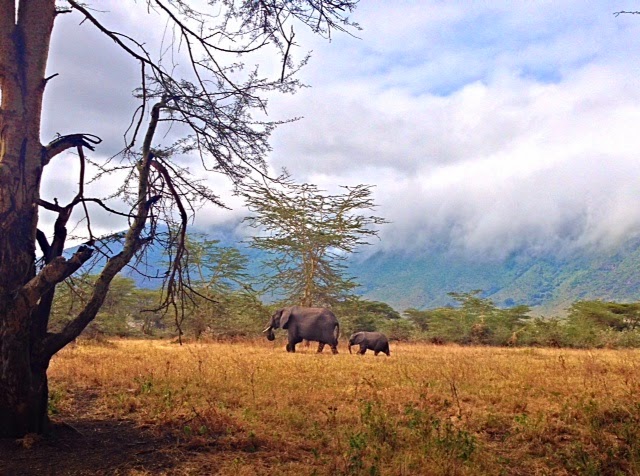 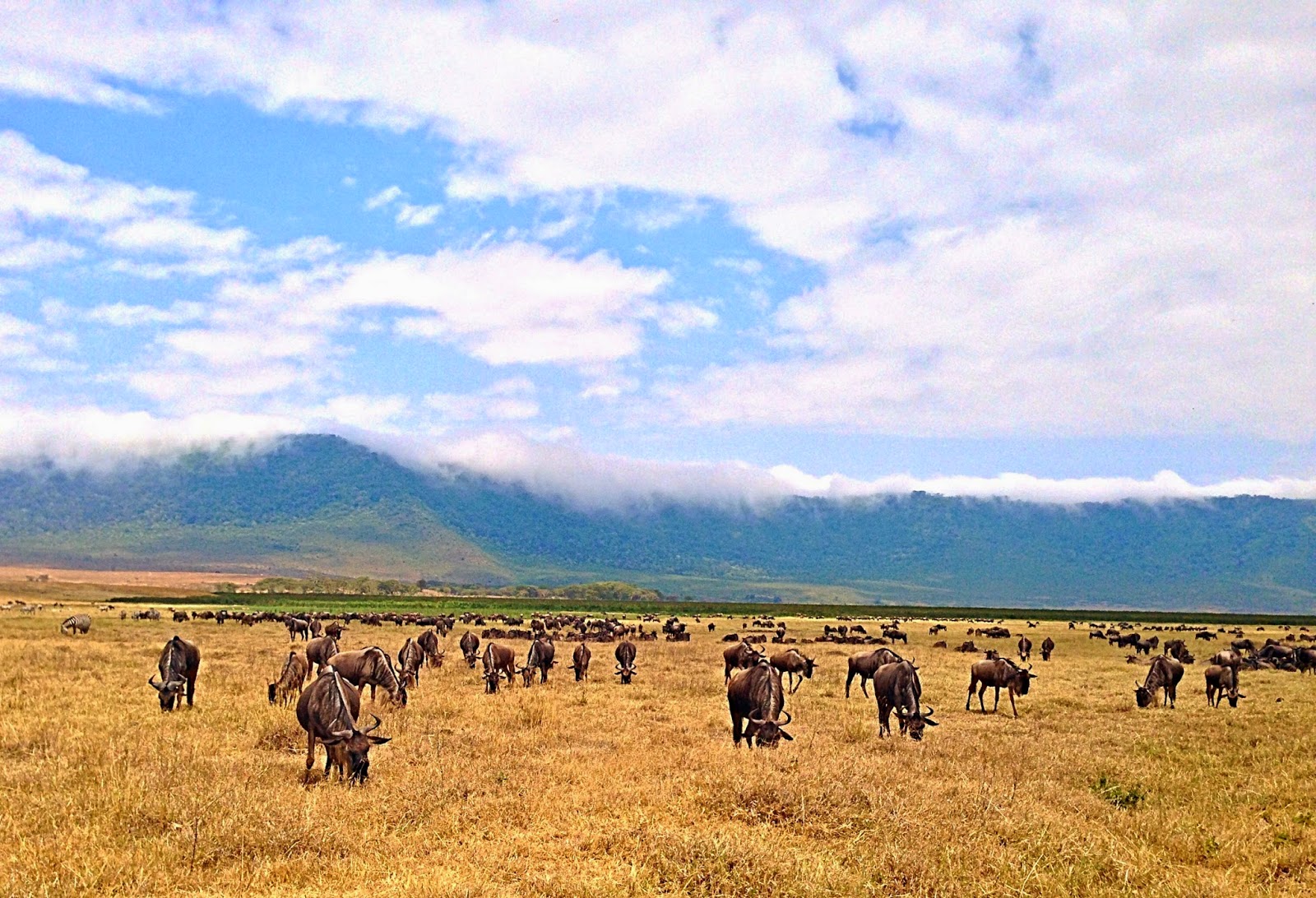 Posted by Inspire Worldwide at 15:46 2 comments:

Here is yesterday's blog by Sorina.

"Today was our first safari day which was fun. We went to Tarangire National Park and saw zebra, elephants, wildebeest, mongooses and giraffes.

In the distance we saw a cheetah and then with binoculars we saw a lion eating a wildebeest after we had seen the wildebeest running away, though we didn't see the hunt.

At the end of the day we went back to Twiga Lodge which was really nice and we had a great meal. 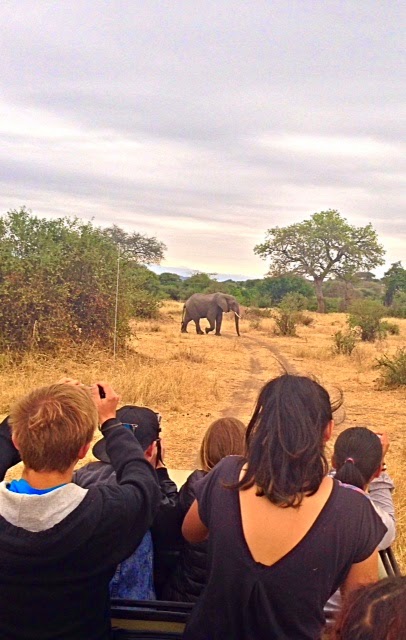 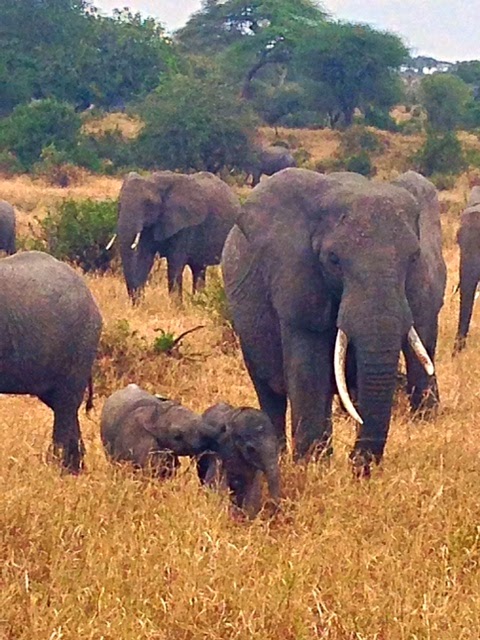 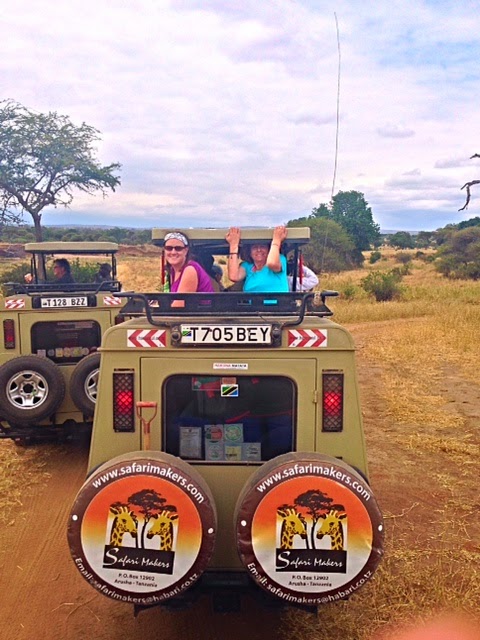 We will keep you updated with the news and what sightings they have.. 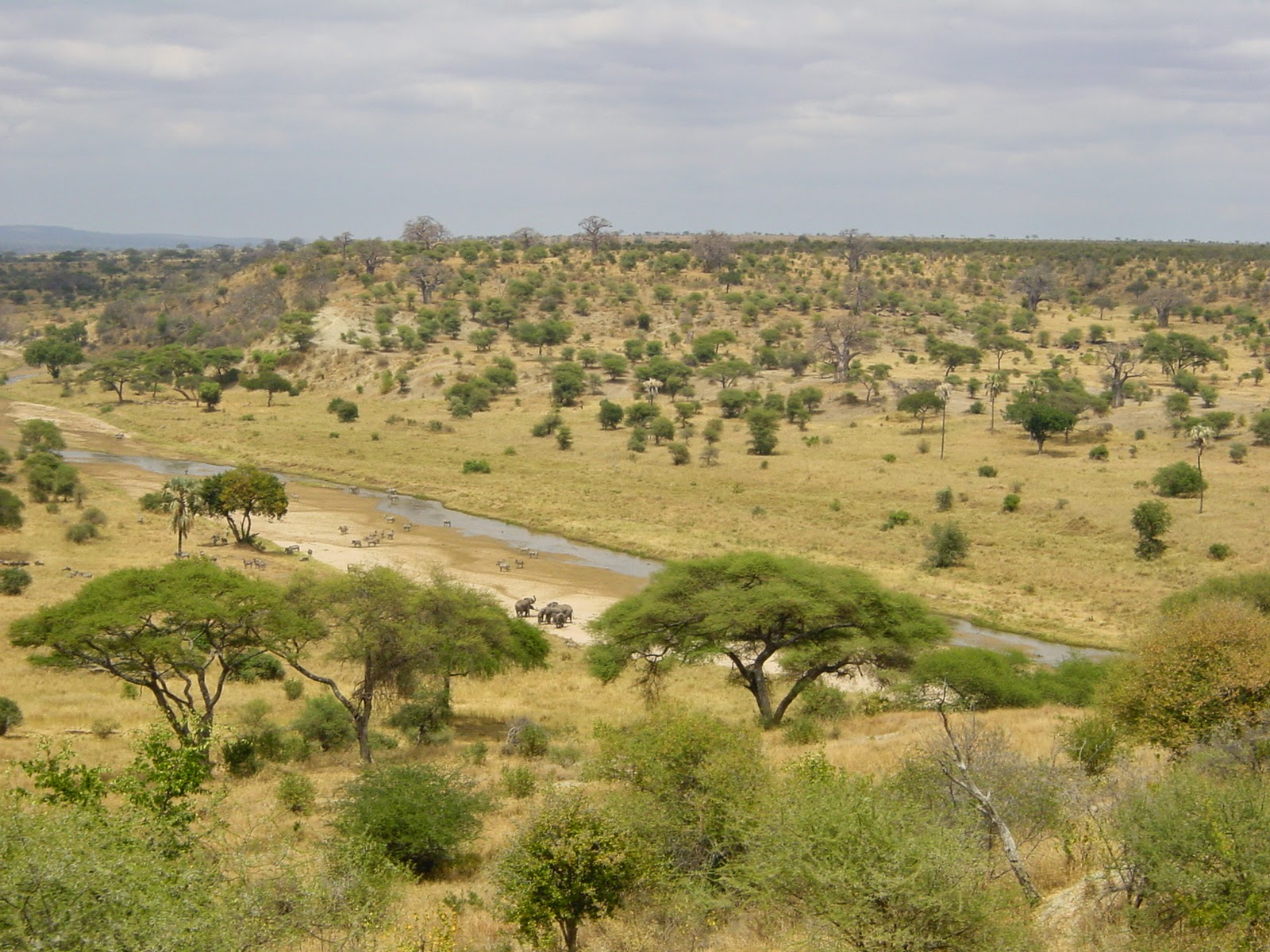 Posted by Inspire Worldwide at 16:12 No comments:

Last day in the village!

Today's blog is from Briana:

"Jambo! Today was our last day in the village.  It was a very hard and emotional day.  We got to sleep in really late and then headed to Ufani Primary School at 10.00 am.  We met up with officials of the schools in the area and the villagers and we officially opened the teacher's house at Ufani that was built by last year's volunteers.

We then went to the bridge where we were told how it made it possible for villagers to pass between Bacho and Darea all year round, even in the rainy season.

After that we walked to Ayalagaya Secondary School for the final time.  We were given a long and emotional ceremony which included speeches, tears, and gifts (they gave us beautiful kangas and tinsel necklaces).

After the ceremony they gave us a huge feast and some of us tried sheep which they had roasted whole and brought to us.  When the feast had finished we took pictures with our friends and said our final goodbyes.  Even though we're sad, Erik (Hisrchhorn) says, "you never get tired of being home."  We go on safari in the morning, can't wait!  Lala salama! (sleep well) 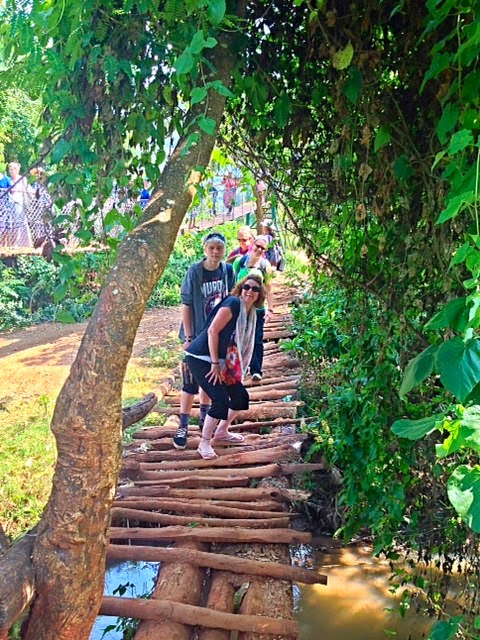 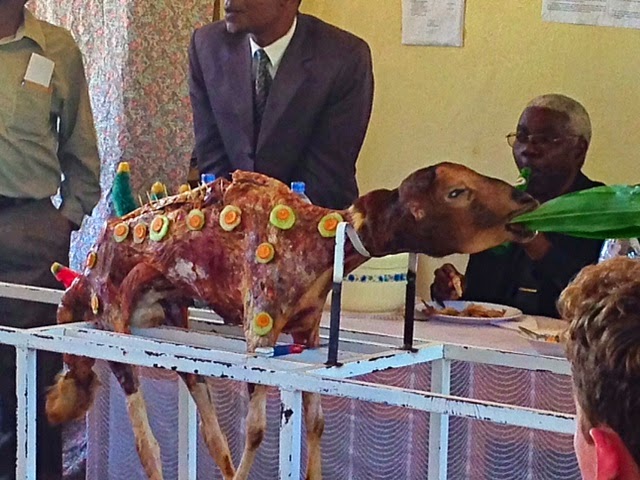 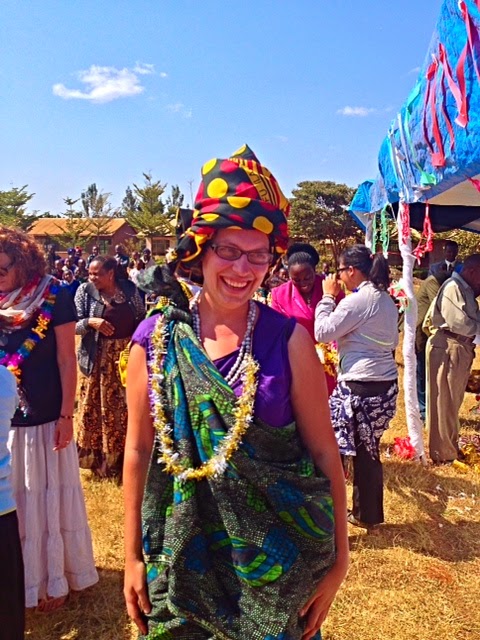 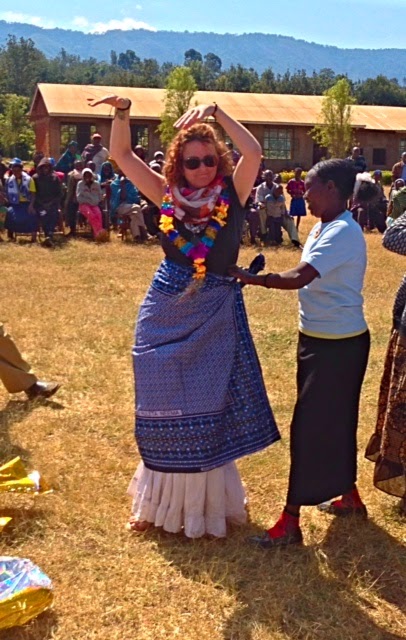 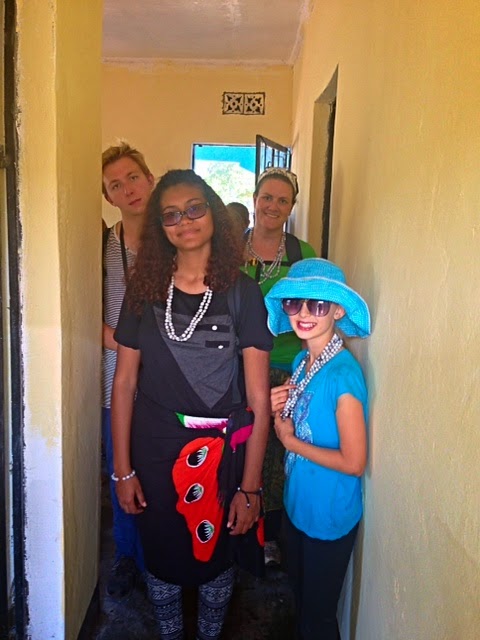 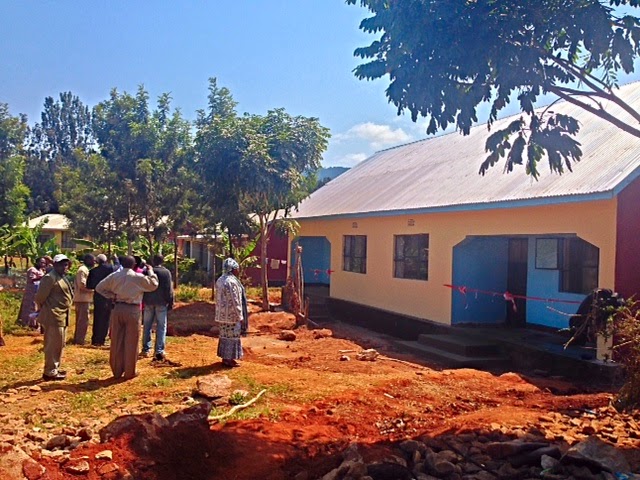 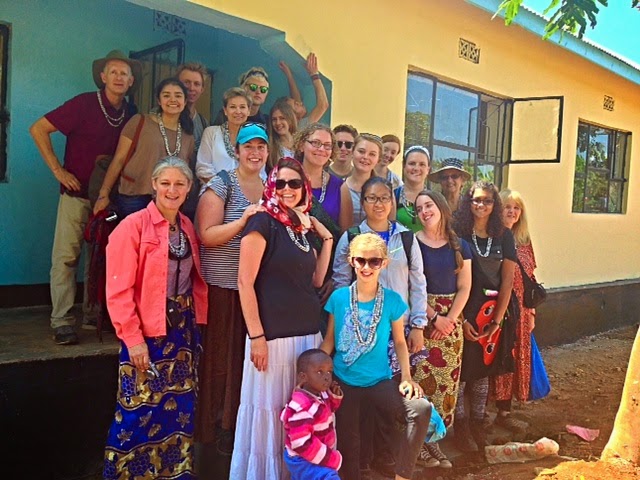 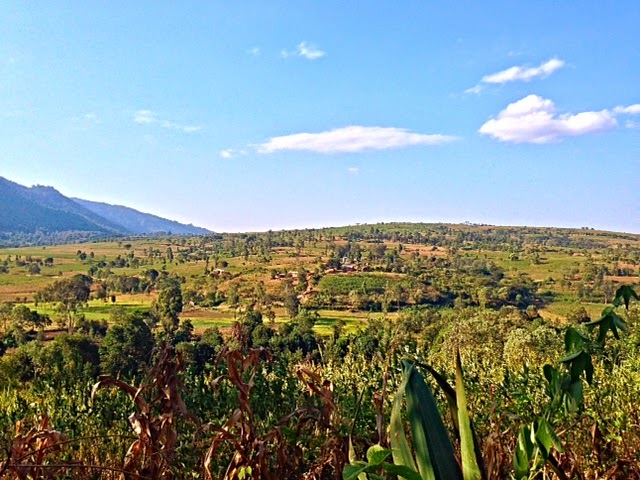 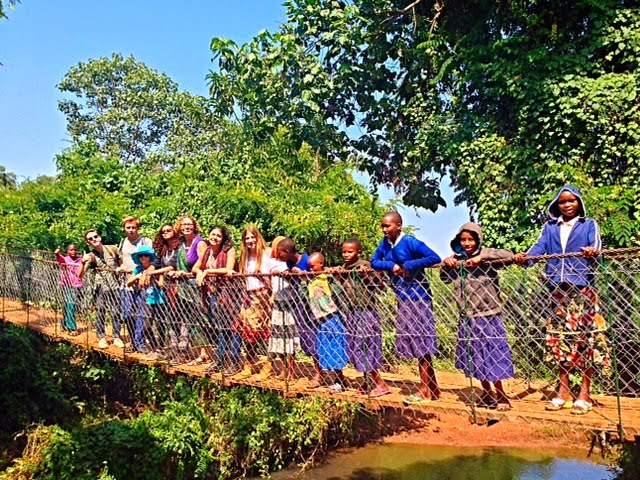 Posted by Inspire Worldwide at 12:55 No comments:

Photos from the last few days at Dareda 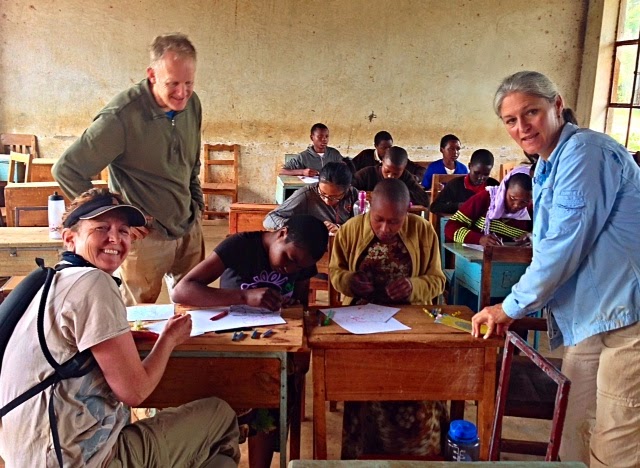 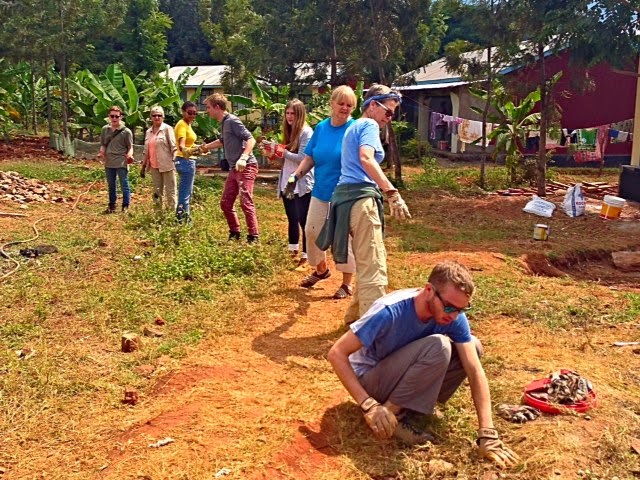 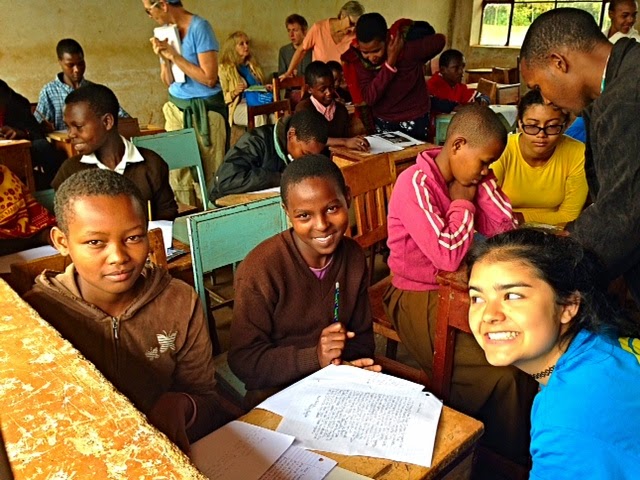 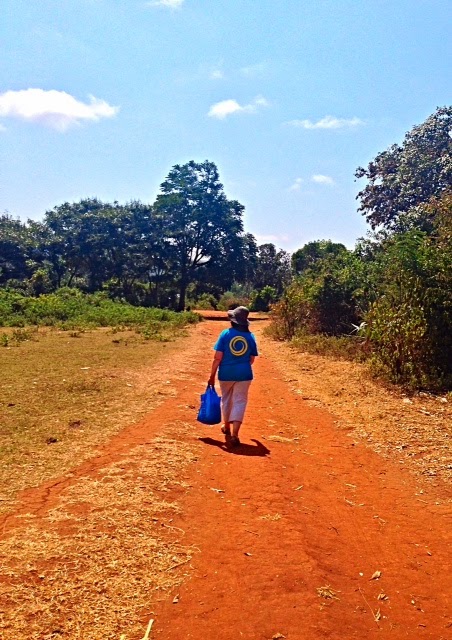 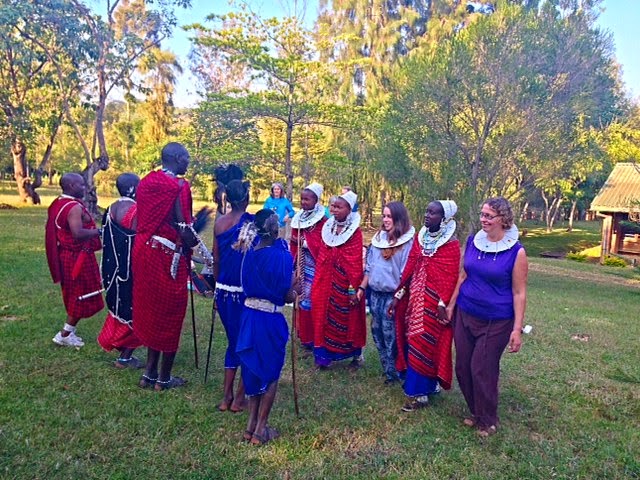 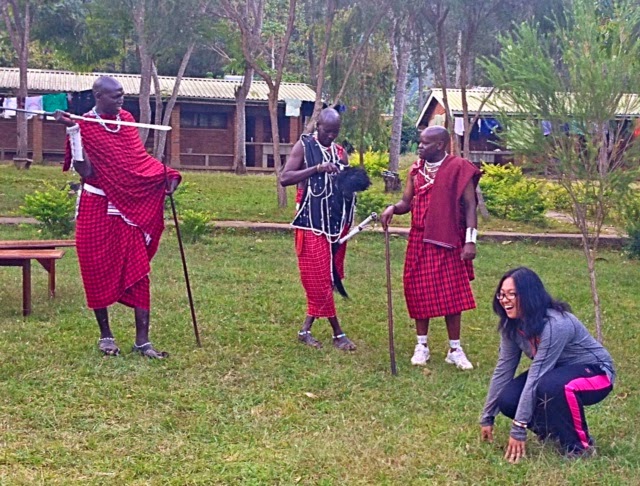 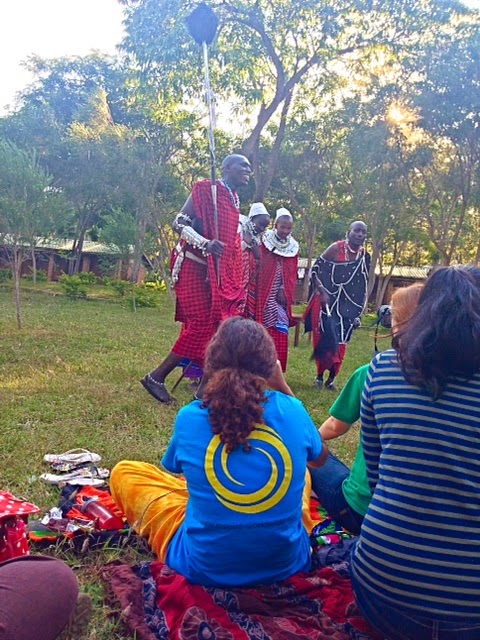 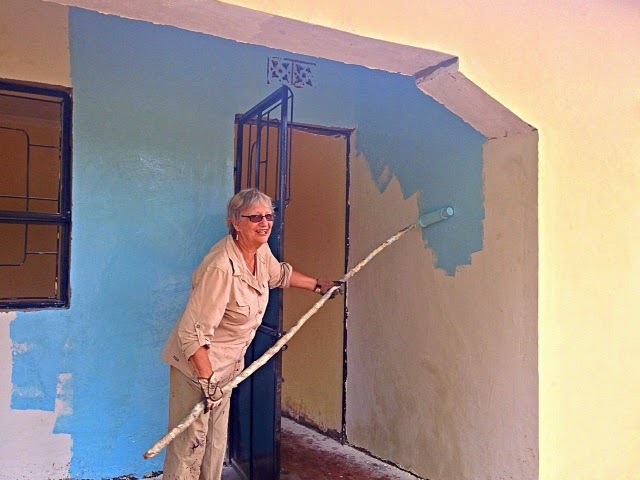 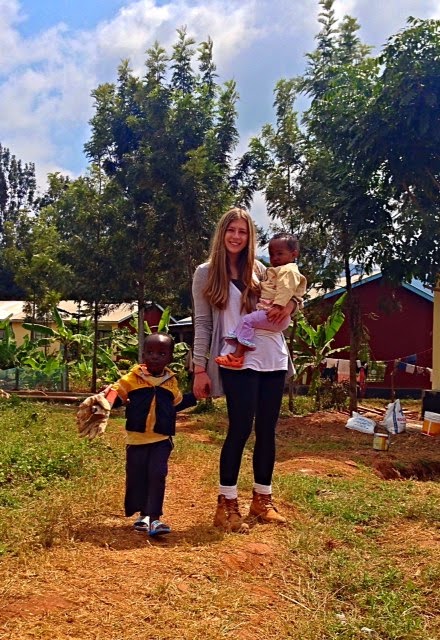 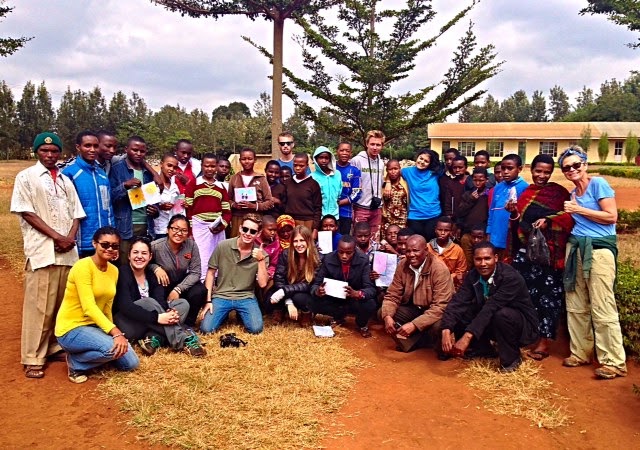 Posted by Inspire Worldwide at 07:06 2 comments:

"As our last day working with the Karimu Foundation the volunteers had a busy day.

In the morning the volunteers split in to two groups. Some worked on an art project whilst the others helped students to write letters for their pen pals back in California.

After the morning's activities we managed to fit in a quick three hours' work on the teacher's house. The finishing touches were applied so that the house is ready to hand over to its new owner tomorrow.

At 4.00 pm the volunteers headed to Ufani Primary School where a leaving ceremony had been arranged for them. They were treated to two hours of singing, dancing, and a delicious meal.

On Thursday another leaving ceremony has been arranged at Ayalagaya Secondary School as a thanks to the volunteers for their hard work.

In 2009 during the Karimu trip the pen pal correspondence between Ufani Primary School in Tanzania and Holy Cross School in California was born. It was very spontaneous.

Holy Cross was my former school. Now I was retired but continued to sub and was familiar with the curriculum of 7th Grade and knew they studied Africa. While visiting Daniel Amma's form VII class the idea sprung in to my mind.  I posed the possibility to Daniel of his students writing a letter to the students in California. Daniel said "yes!"

Upon returning to California I was faced with a new teacher in 7th Grade. I did not know her and had no idea what her reaction would be to the proposal of pen pals in Tanzania. Cathy Novak said "yes!"  It is becaus of these two teachers response "yes" that the pen pal correspondence continues today.

Cathy Novak no longer teaches at Holy Cross, which opened a door to the opportunity for her to travel with Karimu, meet Dani and his students and hand carry letters to them.

We have gone into Daniel's class with photographs and a scrapbook with photos of the Santa Cru area, including the school. Daniel's students have written back to the Santa Cruz Students.

All of this hasn't happened without challenges but it has happened!  We have expanded the form VII students at Ufani Primary School and went to Ayalagaya Secondary School today with letters from St Francis High School for them.

This is about more than writing letters. It is about friendships across two continents. It is about seeing similarities and sharif differences. It is about building peace in the world one person at a time.